Faced with lockdowns and mounting boredom during the pandemic, many people took up recreational walking. Research from Polar, Inc. indicates that walking among all ages in the U.S. has increased as much as 25 percent, with an average of 16 percent, since 2020.1

Walking is the most popular form of aerobic exercise, with approximately 111 million adults in America participating in 2018, a number that likely is higher today.2 On an average day, 30 percent of Americans walk for exercise, particularly as the population ages and the number of Baby Boomers increases.3

A great way to maintain health and strengthen the joints to stave off injuries, walking is low-impact, free and accessible to virtually everyone. But like many physical activities, walking may lead to discomfort in the knees over time, especially among older adults. 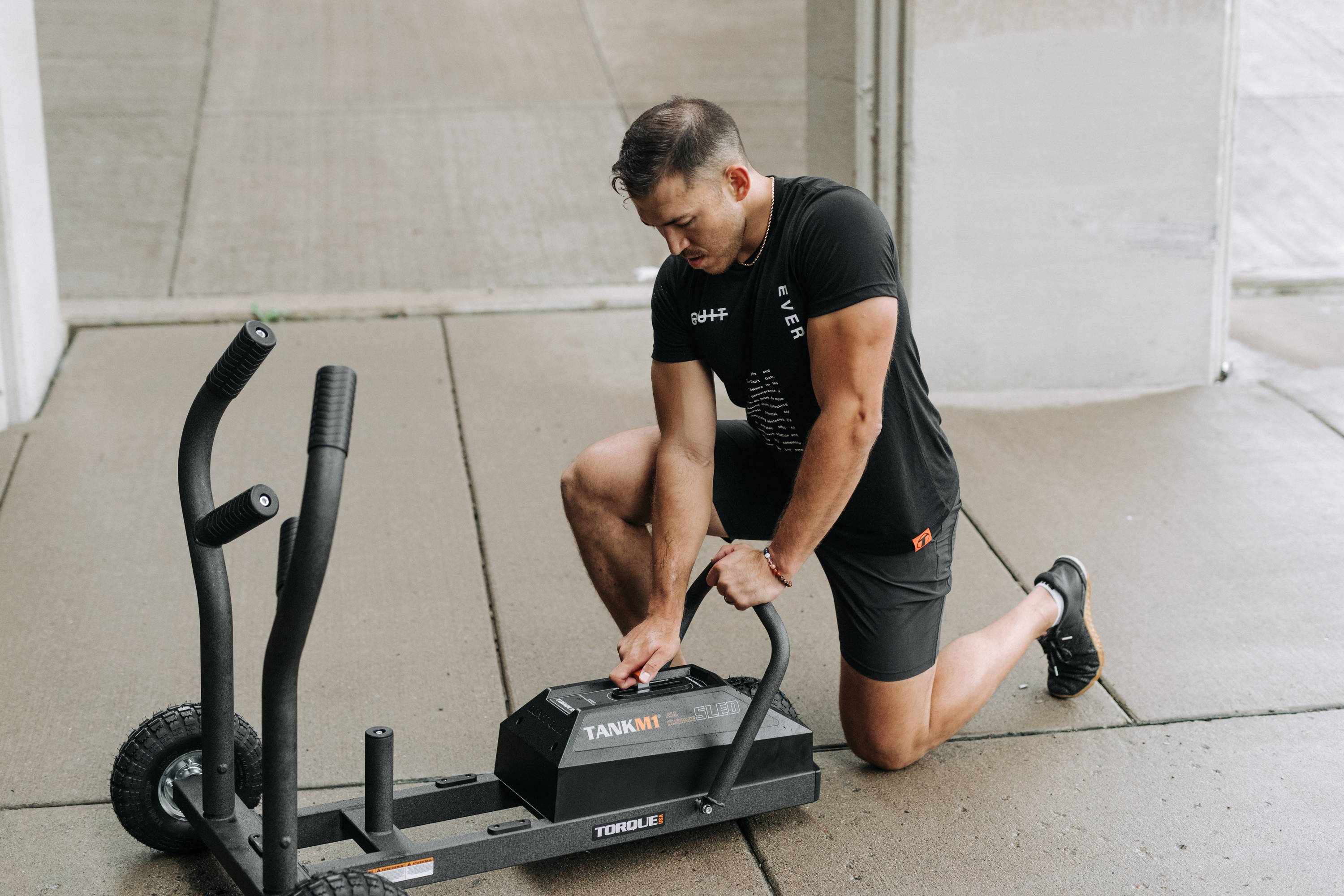 Recreational walkers may experience knee pain from osteoarthritis, chondromalacia or patellofemoral pain syndrome (PFPS), both of which are caused by damage to the cartilage under the kneecap.

Here we highlight a novel but effective way to help prevent knee pain or rehabilitate knee injuries so walkers can continue logging miles.

A 2018 systematic review and meta-analysis reported an annual prevalence of PFPS of 22.7 percent of the adult population – including walkers and regular exercisers.4

Over the past few years, a novel method of preventing knee pain and rehabilitating the knees has emerged using a simple exercise sled commonly found in gyms or homes.

Sleds are functional, total-body training devices that are pushed, pulled and dragged to increase strength, endurance and overall body conditioning. Formerly used primarily by athletes, sleds today are popular tools for functional training among exercisers of all ages.

But how do sleds enhance knee health?

As part of his ATG training program at his Clearwater, Florida facility, Ben Patrick (known as the “Knees Over Toes Guy”), uses sled training to improve the stability, functionality and integrity of the knees – which thereby eliminates pain and supports long-term joint health.

His program consists of sled work and other exercises where the knees are bent and extend beyond the toes – a position which traditionally has been considered to add too much stress to the joint, according to findings from a 1978 study from Duke University.7

Since this decades-old conclusion to avoid the knees over toes position, knee surgeries and knee replacements have increased to epidemic levels, up tenfold per capita.

Furthermore, a 2013 study that examined 164 research papers showed that a full knee bend position does NOT contribute to increased risk of injury, but contrary to popular belief, actually protects against injury.8

Patrick’s program, which has more than 2,500 success stories to date – including people in their 80s and 90s – is based on increasing blood flow to the tendons and ligaments in the knee with controlled pressure in order to heal and strengthen the connective tissues and thereby stabilize the joint.

Simply walking backwards (without a sled) puts the knees over the toes, but actually places less strain on the knees and reduces anterior knee pain.9

“Reverse sled pulls eliminate the eccentric contraction of the quadriceps muscle, which can be troublesome for people with knee pain,” he explains. “You control the motion and pace, and each step mimics Terminal Knee Extension (TKE), which is a popular knee rehabilitation exercise.” 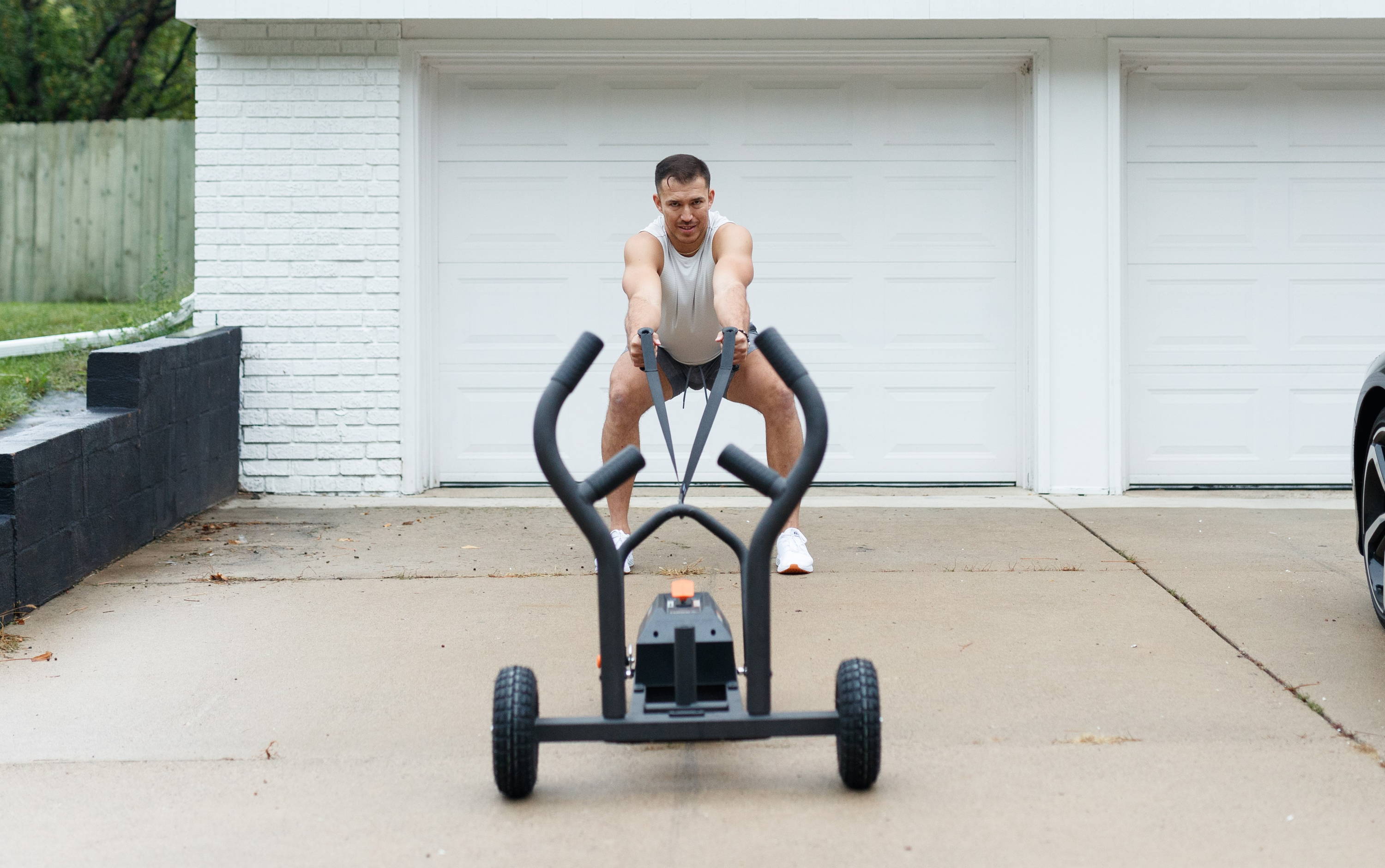 Plus, reverse sled pulls increase blood flow to all four quad muscles – and the vastus medialis oblique muscle specifically, which crosses the knees and stabilizes the joint.

Finally, sleds are accessible and intuitive to use for virtually all populations, with no jarring impact to the joints, no excessive stress on the knees and very low chance of injury.

To perform a reverse sled pull:

This simple movement pattern not only strengthens the knees, but also trains the entire body, including the legs, glutes, core, back, shoulders and arms.

Performing reverse sled pulls with an all-surface unit like the Torque TANK™ is an effective way for walkers, exercisers and athletes to enhance knee health or rehab knee injuries. With an internal resistance mechanism, the TANK™ is easy to use for all levels of exercisers and doesn’t require loading weight plates to increase intensity.